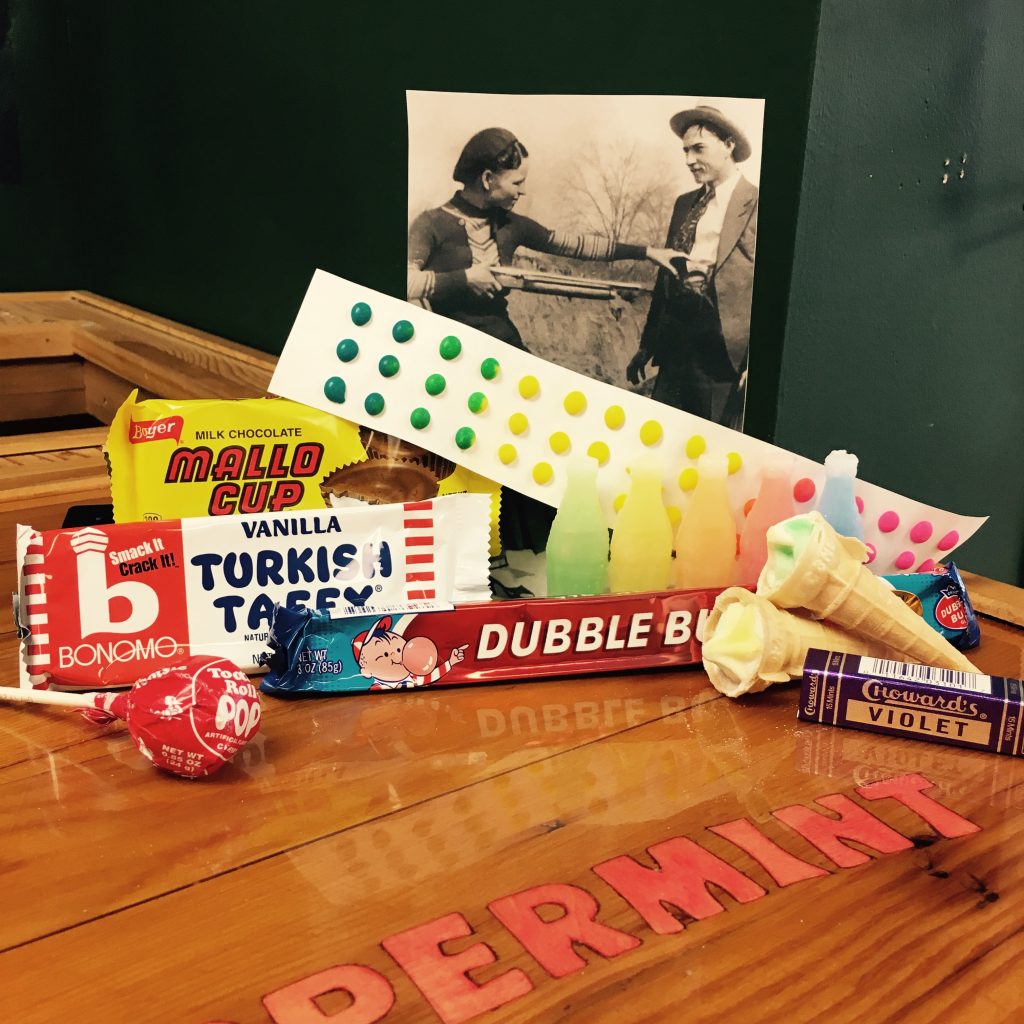 For the majority, the 1930s was full of economic hardships. The Great Depression began at the beginning of the decade, and lasted for its entirety. Throughout the hard days, many people listened to the radio. The radio was free to listen to and easily accessible because almost everyone had one prior to the depression. Comedy broadcasts grew in popularity during the 1930s because it was an easy distraction from the struggles and depressors of the time. 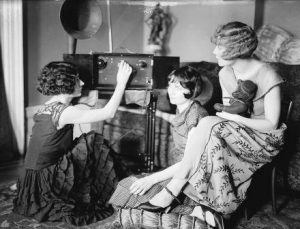 Other easy distractions such as swing dancing, going to the movies, and eating candy, remained. Since candy was sweet and affordable, it was highly advertised during the Great Depression. During 1928, just before the Great Depression, Walter E. Diemer invented the world’s first bubble gum. Diemer’s recipe was created by accident, and the color of the gum was pink because that was the only food coloring Diemer could find. Dubble Bubble was individually wrapped and was first sold for one cent each. The gum sold out in the first day and was very popular throughout the Great Depression because of how cheap it was.
To try and make some money for the family, the Boyer Brothers, inventors of the Mallo Cup, started their business from their family kitchen. One brother made the candy, the mom and sister did the wrapping, and the other brother went door to door selling the candy. They had so much success with their first product consisting of homemade nut and chocolate raisin clusters, that they started experimenting with other foods covered in chocolate. They originally tried covering marshmallows in chocolate, but that proved unsuccessful when the marshmallow would not harden. The Boyer’s didn’t know what to do until their mom, Emily, suggested putting chocolate and marshmallow into a cupcake wrapper. This was successful, and with the success, the Mallo Cup became the first cup candy in America.
Also beginning in the 1930s were the exploits of Bonnie and Clyde. Bonnie and Clyde became especially well known during this time because of the number of suspected crimes they committed together. Clyde was wanted by the FBI for murder, robbery, and state charges of kidnapping.They would steal from grocery marts, banks, and from others’ homes. Bonnie and Clyde are believed to have met in Texas one evening when Clyde came home and found his sister’s friend, Bonnie Parker, making hot chocolate in the kitchen. It was love at first sight for the both of them. From that night forward, they spent almost every day together and became a team. Clyde, with a few other men, began breaking into small shops while Bonnie began driving the getaway car for Clyde and his gang. 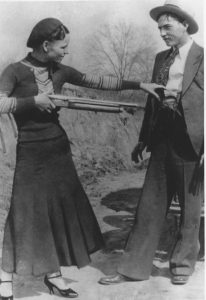 One could say that the hot chocolate Bonnie made that evening was responsible for fostering the love that sparked so many crimes. With the connection to a sweet treat, maybe Bonnie and Clyde stole other popular candies of the time such as candy buttons, Bonomo Turkish Taffy, Nik-L-Nips, Yum Yum Marshmallow Candy Cones, Tootsie Pops, or the high end Choward’s Violet Mints.

Indulge in the many tastes of the 1930s by visiting https://www.peppermintstickcandystore.com/